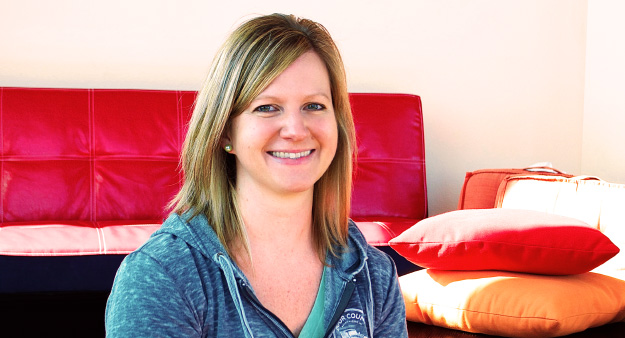 I had been interested in starting yoga when I stumbled upon and purchased the Dragonfly Groupon shortly after the Middleton studio opened. During the few months after my purchase, I only attended one or two classes. Over the next several months, my job became increasingly demanding of my time. I realized that I needed to find a more effective outlet for my stressful days and an improved work-life balance and mindset. So I made a commitment to go to a yoga class once a week after work. Once a week quickly turned into twice a week and soon, I was almost out of passes. I debated making a commitment to a monthly membership and quickly convinced myself that as long as I went twice a week, it would be worth it.

I had never been a member of any gym or attended a group fitness class (since college) prior to joining Dragonfly. I had been to a few yoga classes but nothing really stuck with me. I did several different work outs a week, but I considered them a necessary evil so I could continue enjoying craft beers. The difference I have experienced with yoga and Dragonfly is that I no longer view working out as a necessary evil. Getting up for 5:30am yoga is the perfect way to prepare for my day before going to work. Getting up early to attend classes on the weekend is more important than sleeping in.

What I love the most about Dragonfly is that I believe that no matter where you are in either your yoga practice or your fitness level you can find a class to attend that will work for you. I think it is awesome that Dragonfly is a yoga studio that also offers fitness classes. I know I would not have sought out fitness classes separately had they not been offered through the studio.

I love attending Suki’s early morning flow classes. She does an amazing job of breaking down the poses and assisting you with deepening your practice. I also enjoy catching a Power Up class during my lunch hour, especially Kati’s Wednesday Power Up class. I love her energy and I am so excited for her to be a part of the Dragonfly team. Sunday mornings with Tiffany are so much fun. You never know what she may have in store, from dancing to “Grease Lightning” during Yoga Up to trying many crazy arm balances during her Flow class.

For someone who has a constant mindset of “go, go, go,” yoga has given me the ability to have nothing else to think about for that hour. Nothing is more important that being in that moment and letting go of everything else.

I was never into group classes until I started with Dragonfly, however, now I cannot imagine it any other way. Everyday there is something new to try and to learn and that is what I like most. “Fall in love with the process and the results will come.”

Instructor Suki Warda: “Amanda is a lovely and bright anchor in our MWF 5:30am classes. She exemplifies true strength inside and out. It is an honor for me to guide such a dedicated and focused Yogi. Thank you for sharing your practice and brilliant energy with us!”