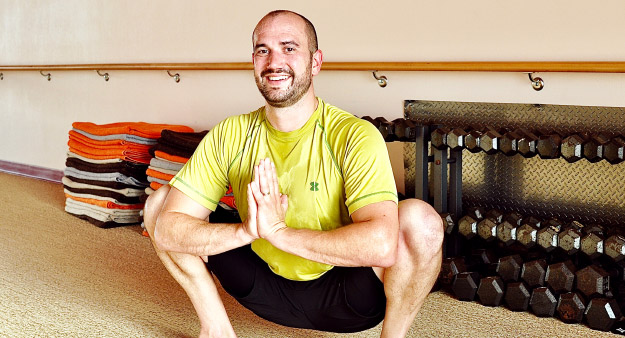 Since high school, I never really established a consistent workout routine. That all changed when I joined Dragonfly. Although I had tried yoga several times, Dragonfly was where I became a true yogi. My friends used to troll me about how many “spins” I get in. “Spins” is a slang term we use when referring to Dragonfly classes because it’s more than just yoga. The variety of offerings is truly incredible and the instructors are top notch.

Dragonfly has had a positive effect on every aspect of my life. The ability to use breath in order to control my heart rate was a new concept to me. It’s helpful in yoga but also when dealing with the challenges of everyday life. The concept of the moving meditation is effective and liberating; it forces you back to now. Finding a drishti has taught me that no matter how difficult the situation may feel, you have a choice what you focus on. There is nothing that leaves you feeling more refreshed then waking up in shavasana after a perfectly led flow. It’s an escape. In a world filled with so much darkness, it’s great to have a place that cultivates positive energy and acknowledges the light.

I’m grateful to have a wonderful family, neighbors, and friends who understand the importance of self-care and mental health. My wife Amber is also a Dragonfly member and we have made “spins” a priority in our family. With two young daughters at home and a third one on the way, we take pride in setting an example for them about the importance of being physically and mentally fit.

Instructor Ashley Bruckner: “I’m so excited that Bryan is September’s Yogi of the Month! In my opinion, he is the epitome of a true Yogi of the Month because his attendance is as diversified as it is numerous. He walks in quietly to Power-Up on Thursday mornings, sets up his weights, and GETS DOWN TO BUSINESS! I see him pushing himself every time. He’s approachable, quick to smile, and doesn’t take himself too seriously- a real genuine, all-around nice guy, and we are lucky to have him as a member of our Dragonfly community!”