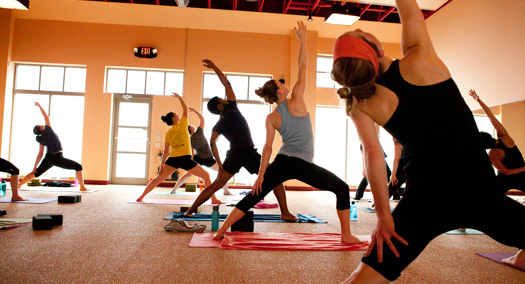 I was taking Bikram class in San Antonio when I heard the teacher say, “Natalie, what are you doing? That’s not yoga!” I heard William Broad (the author of the contentious book The Science of Yoga) call Laughter Yoga (not “real” yoga). I’ve heard “gurus” of a certain style of yoga snidely state that any type of yoga style other than their own is “not yoga.”

What is “Yoga” exactly?

In fact…you ARE yoga. Just by being alive, you are a union between body and breath, body and spirit. By attending a “yoga class” you are simply becoming more aware of this union you already possess.

So don’t let anyone ever tell you that you’re not doing “real yoga” or the “right yoga”. You are right. You are real. You are yoga.